An interesting article in the New Yorker called The Open Office Trap makes a solid case for carefully considering whether an open plan office is right for your business. I still think that for some, it definitely is.

Very few things have a “one size fits all”: it’s unlikely that a particular setup is best for all organisations. In addition, business can have arrangements tailored to the needs of a particular department, and even individual people. Some people work best in a little cocoon, while others thrive in a group.

With the new need to also (re)arrange offices to enable social distancing (re COVID-19), this would generally be simpler and more economic in an open plan rather than a segmented office. With open I don’t mean a cubicle farm, you want sufficient space between people and desks.

I was in charge of configuring a new office space late last year, and it seems that that has worked out really well (even taking new social distancing needs into account). Naturally some aspects are specific to the space you need to work with, but there are some general guidelines that would apply in most places.

Looking “cool” should never be a primary consideration when thinking about office layout. I’ve seen many cool looking offices that are entirely unpractical. What’s the point?

On average, you need about 10m² per person, so if you have 100m², that will fit about 10 people. That doesn’t mean that everyone has a space of 10m² around them, but with walkways and other common areas, it should just about work out.

Two desks facing each other, or islands with 3 or 4 desks, tends to work fairly well. More than two desks in a row tends to cause issues.

Desk sharing is a bad idea, it really frustrates people and stresses them out – it can be acceptable as a very temporary solution when a workforce is growing, but really for no longer than a few months.

It is important to consider the space behind people, so there is enough room for people to walk by (or in between), or for instance for someone to use a sit-stand desk arrangement (which will see them stand back a bit further than where they’d be when they sit).

Some people may need to hide in a corner or have their own little space (with or without a door). That is often easily accomplished, and it is definitely part of the original open plan office concept.

In an office building’s bathroom, a sparky (electrician) was working to fix a hand dryer. Great!

Someone using the bathroom commented to them that one of the two lights wasn’t working, and if he’d be able to fix that while he was there. Answer: “Sorry no, I don’t have a work slip for that.” For those unaware, this means that this contractor would not get paid for the work – they only get paid for the specific work they do related to a particular work slip they are sent out with. Anything out-of-scope to that they can’t touch.

This is not the contractor’s fault, but rather the way the work request system of the building managers is organised. We can clearly see this leads to bad service as well as inefficiency (extra cost). Whatever it was trying to achieve, it probably isn’t.

In a setup where the process is not stuffed up like this, the electrician would probably have noticed the broken light bulb themselves, and replaced it before it was even mentioned by a tenant. You know, the way things used to work…

Another example. When you file a problem with Australia’s NBN (National Broadband Network) fault system via your service provider, they send out an engineer, even if that is inappropriate for the task. The engineer is again contracted, and very restricted in what they are allowed to do. Many are highly skilled, however their expert input on a technical matter is not taken into account.

Unsurprisingly, the engineer is not actually able to fix an issue as they are not allowed to do what needs to be done, but because of the way the process is arranged, the fault marked as actioned and resolved – fault logged, engineer sent out. To make matters worse, NBN used to not track history per client to a next issue – that is, when you filed another fault, the engineer sent out would not have access to history. Each fault was regarded as separate. Apparently this has changed now (NBN presented this as a great innovation – sigh).

So what does such a stuffed process achieve? Well, if you look at certain statistics, it looks really good. There are issues raised, but they’re all actioned within days, and then closed. There are no long-running cases.

We may wonder, do these companies operate with malicious intent? Well, companies are of course made up of people, but bad business processes can cause a lot of hassle. The people may feel stuck, or are merely following orders. Processes may have (been) developed -specifically or organically- with the best of intent.

The key thing to realise is that intent does not effect outcome. Whatever you set up, regardless of intent, is likely to yield a specific outcome. Badness, even when done with good intent, is still badness.

“Founder’s syndrome (also founderitis) is a popular term for a difficulty faced by organisations where one or more founders maintain disproportionate power and influence following the effective initial establishment of the project, leading to a wide range of problems for the organisation.” (Source: Wikipedia)

In recent weeks and months I’ve heard a lot about this phenomenon, with many of my friends, clients and other business associates discussing the topic with me and sharing their personal experiences.

The Wikipedia article describes the issues very well: “The passion and charisma of the founder(s), sources of the initial creativity and productivity of the organisation, become limiting or destructive factors. The syndrome occurs in both non-profit and for-profit organisations. It may simply limit further growth and success of the project, or it may lead to bitter factionalism and divisions as the scale of demands made on the organisation increases, or it may result in outright failure. There are ways in which a founder or organisation can respond and grow beyond this situation.”

BoardSource also makes this observation: “When founderitis surfaces, the source of the dilemma often is a founder’s misunderstanding of his or her role in an evolving organisation. […] It is important to note, however, […] the board – not the founder – is responsible for setting the guidelines and direction of the organisation. Rubber-stamping a founder’s wishes is rarely best for an organisation over time. If a founder is no longer able to abide by the organisation’s guidelines and direction, to support the board’s decisions, it may be difficult for a founder and board to continue a mutually acceptable working relationship. It then may be time for a founder to step aside, as hard as it may be.”

So while personalities are inevitable a feature that need to be acknowledged, the solutions are really all about governance. An engaged board appears to be the key, as it takes the organisation beyond the founding individuals towards a long-term sustainable model.

Note that the issues appear in companies and non-profits alike, there’s fundamentally no difference in that respect. With the special role of the board in either organisational model, it is very important to establish and maintain a clear and fairly strict separation between it (the board) and the executives of the organisation, otherwise the governance becomes inevitably messy. As we know, quite a few companies have a “Chairman [of the board] and CEO” and this seems like a hideously bad idea. The CEO reports to the board, but in those organisations they are at the same time the chairman of that board. In most cases, it is probably most appropriate for a top-level executive (CEO, CTO, CIO, etc) to not be a board member at all. This way the separation of roles is non-ambiguous, and that will likely prevent many problems. Governance is important.

If any of this sounds familiar, and you’re interested in reviewing and addressing the issues in your own organisation, we’re here to help!

Jamie Pride has partnered with Swinburne University and Dr Bronwyn Eager to conduct the largest mental health and well-being survey of Australian entrepreneurs and founders. This survey will take approx 5 minutes to complete. Can you also please spread the word and share this via your networks!

Getting current and relevant Australian data is extremely important! The findings of this study will contribute to the literature on mental health and well-being in entrepreneurs, and that this will potentially lead to future improvements in the prevention and treatment of psychological distress.

Jamie is extremely passionate about this cause! Your help is greatly appreciated. 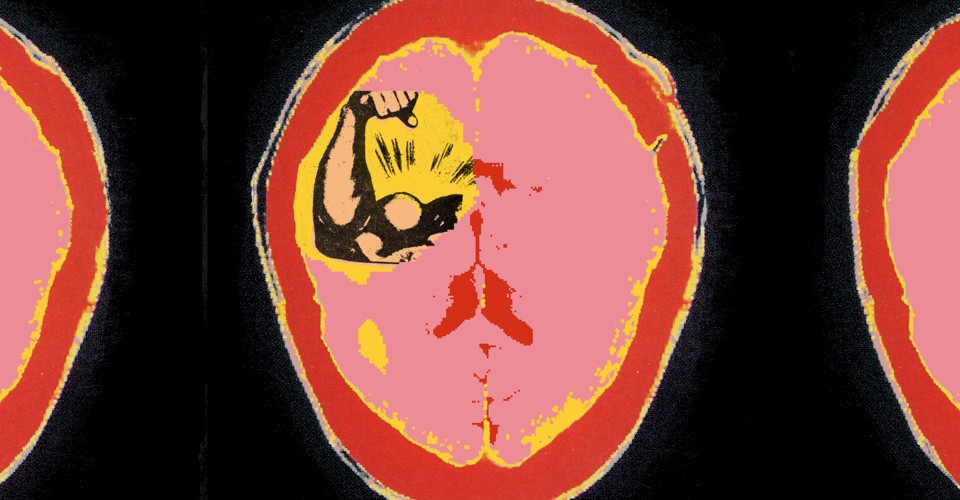