In copyright infringement cases related to DVDs and such, right holders generally claim their loss equal to the number of copies and on that basis they quote huge figures.

There is an interesting recent (December 2016) court case of the Australian company selling the Burquini (Islamic swim suits) vs a company importing copies pretending to be the branded items. There the court ruled the claim for lost profits unsuccessful on the basis that there was no evidence that any purchaser of an infringing swimsuit would otherwise have purchased the brand product. It was held that merely showing that the company which had sold infringing product of a certain volume did not establish that but for those infringing sales, the rights holder would have sold the same amount of stock.

Isn’t that an interesting precedent? So, acquiring a copy of something does not necessarily imply you otherwise would have purchased an original. The reasons for that may be the price or something else, but nevertheless there is no causality trail there and the court apparently didn’t even want to consider a correlation.

In terms of damages, the issue with DVDs and online media is even more interesting, because the effective cost of production is very close to $0. If fewer bits of clothing get sold, there is a material and production cost there. For a copy of a movie, that is not really the issue. Thus, there is only really cost in terms of the sales process and profit in case of an actual sale.

I am not a lawyer, but I’m putting this out there because I’m interested to see if this judgment will get used in other cases. 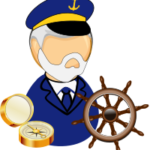 I started this because it’s a typical thing adults ask children. When I was a kid myself, many would answer the typical “fireman“, “astronaut“, but that has long faded. Lots of kids just don’t know – and I think that’s fine!

So I started asking adults, as I was curious whether they themselves would have an answer to the question they ask kids. I found a few things. First of all, many don’t have a quick answer, and for quite a few it appeared to cause some stress. Since most of them had professions/jobs, that’s interesting.

One conclusion could be that many are not actually doing what they want to be doing, or are even active in a field they’re really interested in now. How sad! I think the question is wrong. What interests and inspires people (of any age), what do you want to explore and learn more about?

The opinion piece below (at QZ) gives an interesting overview of the “one true calling” myth, or to be more clear, people having a single profession during their life time.

Many if not most people used to indeed have a single profession during their working life, but that’s really decades ago now. In the mid 1900s, many people even had a single employer all their life!

I wouldn’t call it a myth as it has a definite historical basis, however it’s just not the way the world works now. You may decide for yourself whether you regard this to be a good or a bad thing, but in any case it’s a fact and so it’s very important to recognise and work within this reality rather than pretending it’s different.

Benjamin Cardullo writes about an issue that we really have to take (more) seriously.  Particularly with mobile devices enabling us to be “connected” 24/7, being busy (or available) all of that time is not a good thing at all.

How do we measure professional success? Is it by the location of our office or the size of our paycheck? Is it measured by the dimensions of our home or the speed of our car? Ten years ago, those would have been the most prominent answers; however, today when someone is really pulling out the big guns, when they really want to show you how important they are, they’ll tell you all about their busy day and how they never had a moment to themselves. Online copyright infringement has declined in Australia according to a new government-backed study.

People need roughly 23 minutes to go back to their tasks after a major interruption, but the plot deepens if you’re a programmer. Find out why programmers hate interruptions.